* On 11th December we were able to hold our Annual End of Year Disco.  The event was held at Collaroy Plateau Public School Main Hall.  DJ Kit Kat provided the entertainment.  Santa made a special visit with ice blocks for the children.  The afternoon was enjoyed by parents and children. 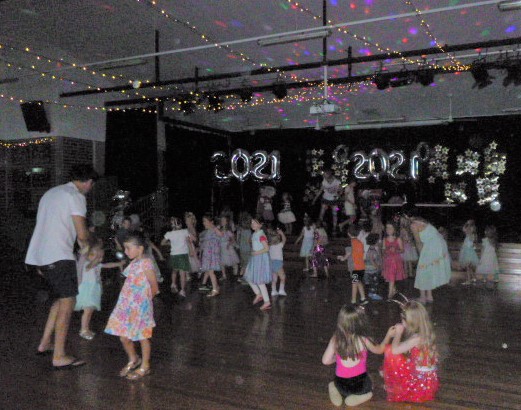 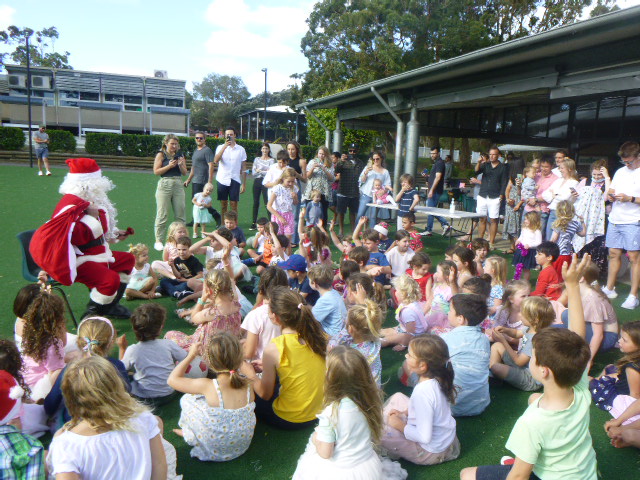 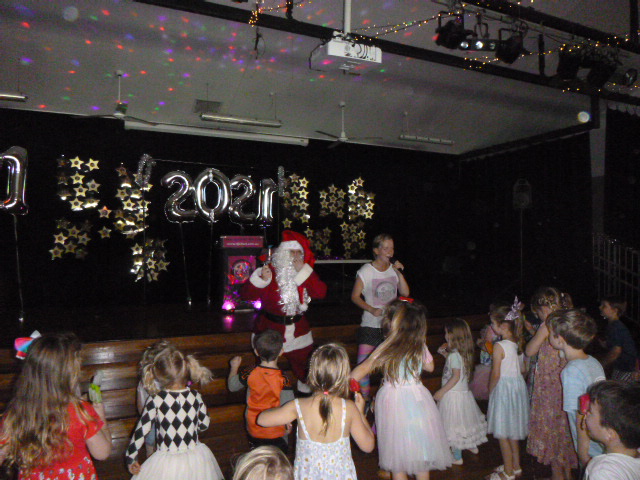 * With the easing of COVID restrictions we were able to hold our Annual General Meeting and Welcome Picnic on 26th February, ensuring we abided by our COVID Safe Plan.  Our new Management Committee was elected which included 5 returning members and 2 parents who had been on the Committee in previous years.  The evening was a great opportunity for families to meet each other; and for those parents who had not had the opportunity to drop off/pickup their child due to work or other commitments, they were able to meet the staff.

* We were fortunate to be able to hold our annual Sports Days, but limiting the spectators in line with COVID rules.  More on our sports day can be found on our blog page at: www.cpck.com.au/news-events/blog/

* During 2019 we had visits from a Postman, a Police Officer, the Fire Brigade, a paramedic who brought an ambulance for the children to look through, to name a few.

* We visited Plateau View Aged Care Facility to sing to the aged citizens, and present them with hand-made gifts, and flowers.  Both the children and the elderly residents enjoyed the morning.  One of the senior citizens from Plateau View Aged Care facility visited the preschool on twice to teach the children a bit about about the alphabet, copying words, assessing the tallest person in the class, caring for animals and pets and how to be persistent in building with Lego.   He taught us some songs and dance, and we also tried making a cross with his Meccano set.

* On 24th November we held our Annual Christmas Disco at Collaroy Plateau Public School hall.  DJ Kit Kat provided the Entertainment.  Santa made a special visit with ice blocks for the children, and parents were able to bring their own food or purchase from the Havana Food truck which was onsite for the afternoon.  It was a great afternoon, and once again very hot for Santa.

* On the 13th March we held a Schoolies Afternoon Tea for those children who headed off to school in 2019.  Bad weather did not stop the large number of children and parents who came along to see the teachers from 2018, and see some of their friends from preschool who went to other schools. Many parents, and staff commented what a great afternoon it was and how great to was to catch up and see how the children were settling in at school. 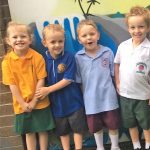 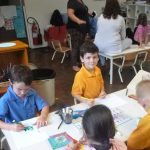 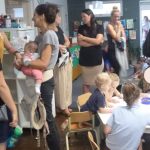 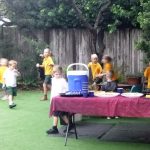 * On the 1st March 2019 we held our Annual General Meeting and Welcome BBQ.  A new Management Committee was voted in which included a few returning members, and 2 parents from 2018 who volunteered to stay on the committee despite not having a child attending in 2019. Great community spirit.  The Welcome BBQ was enjoyed by the children, and the parents who were able to meet other preschool families and staff.

* On 2nd December we held our annual Christmas disco at Collaroy Plateau Public School Hall.  Santa visited and handed out ice blocks which were greatly appreciated on such a hot day.  Families enjoyed the catered food, and everyone enjoyed the afternoon with their fellow preschool families and had the chance to chat to the preschool staff.  DJ Kit Kat provided the entertainment and parents helped with face painting the children.  It was a great afternoon enjoyed by all, even a very hot Santa.

* During 2018 we held a Mothers Morning, Fathers Morning and Grandparents Morning, in line with the official days for Mum’s, Dad’s and Grandparent’s Days.  We also visited Plateau View Aged Care Facility to sing to the aged citizens, and present them with hand-made gifts, and flowers.  Both the children and the elderly residents enjoyed the morning.

*As part of Reconciliation week, Aboriginal elder, Uncle Laurie visited and began carving a Stingray totem on one of our rocks at preschool. He welcomed us to Guringai land, answered the children’s questions, demonstrated how to make ochre paint which helped us connect to the earth and he showed us beautiful wooden artefacts.  Uncle Laurie visited for 2 days to allow all the children to experience the carving, and once completed, we held a Welcome to Country and Smoking Ceremony.  All the families were invited and we celebrated with damper and bush jams. 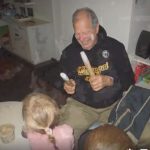 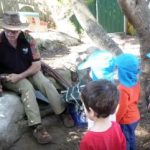 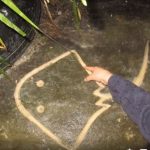 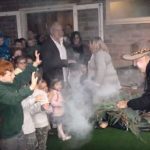 The stingray totem also known as daringyan means that the Guringai people in this area took care of these giant rays and never ate them- a great way to preserve the natural balance as different clans took care of different totems.

* On Sunday 3rd June 2018, CPCK held its Annual Open Day.  The rain held off for most of the morning allowing the families who attended the opportunity to see what the preschool offered, and how the preschool differed from a Long Day Care Facility.  The community spirit was evident with current families also in attendance to meet with future families, and run a cake stall (selling cakes made by some of our current families) which raised some funds for the preschool.   The day was also a great opportunity to meet and talk to the staff, see the centre, and allow children who will attend in 2019 and future years the opportunity to become familiar with the centre.

* We held our 2018 Annual General Meeting and Family Welcome BBQ on Friday 23rd February 2018.  Families were able to meet others in their child’s class, as well as the staff.  The evening started with our Annual General Meeting, and election of new Management Committee members. Nominations for all positions were received before the night, which ensured all positions on the committee filled and were announced at the AGM. The fine weather helped make it an enjoyable evening.

* During 2017, the Mum’s, Dad’s and Grandparent’s of the children attending our preschool visited for morning tea, to play, and to sing a long with the children.  We also visited the local aged care facility and gave the residents some presents made by the children and flowers.  We sang some songs which the residents loved and they were able to join in with the songs they knew.  A sportsathon was also held for group where family and friends came along to cheer on the preschool children.  At the end of the event, we held a medal ceremony for all the children, and many family and friends stayed to enjoy a picnic lunch with the children.

* We held our annual  Christmas Disco in early December 2017 at Collaroy Plateau Public School Hall.  The evening included a DJ, a visit from Santa who gave out bags of lollies to the children, ice blocks, face painting, tattoos.  A Mexican dinner was enjoyed by the families who had a great time talking to other preschool families, and the children enjoyed spending some time dancing and having fun with their classmates.

* On Sunday 20th August, CPCK held its Annual Open Day.  It was a great opportunity for future families to come along and see the preschool, as well as meet and talk to staff, Management Committee members, current families, and families who may be attending in future years. A cake stall and BBQ were held to help raise funds for the preschool.

* A Family Christmas Disco was held in  November 2016 at Collaroy Plateau Public School Main Hall.   The afternoon included a DJ, lots of dancing, face painting, glow sticks, tattoos, ice blocks and a visit from Santa.   Dinner was delicious and provided by ‘ Brazilian BBQ Catering’. After talking to the children and handing out lollies,  Santa also enjoyed a bit of dancing.  Many families commented on what a great time they had.  The staff had lots of fun too. 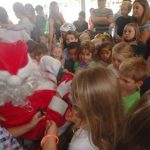 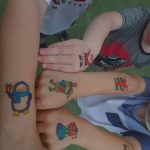 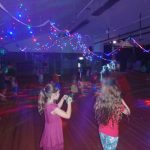 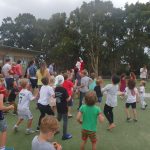 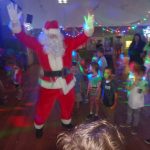 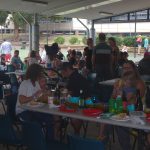 *  CPCK held it’s Annual Open Day on Sunday 28th August 2016.  Beautiful weather contributed to a great morning for parents whose children who will be attending in 2017, for those on our waitlist for future years,  and for parents looking for a preschool for their child in the future, to come along and experience everything CPCK has to offer and to meet the staff.   Current and past families also came along and talked to future preschool parents about their perspective of the preschool.   A small cake stall held on the day raised $102 for CLAN (Caring and Living As Neighbours), an Australian-based, not-for-profit, non-governmental organisation.

* The children who attended CPCK in 2015 and headed of to school in 2016 were invited back to preschool on 9th March 2016 for an afternoon tea to reconnect with their teachers and educators, and their preschool friends.  Parents were also able to catch up with the parents from 2015. This has always been an event much loved by the children, with many asking their parents again and again when they can come back to preschool for a visit.  The staff also loved catching up with the children they taught in 2015, as well as older siblings, many of who they taught in previous years. 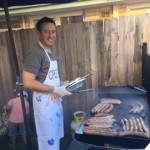 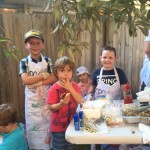 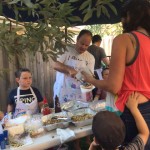